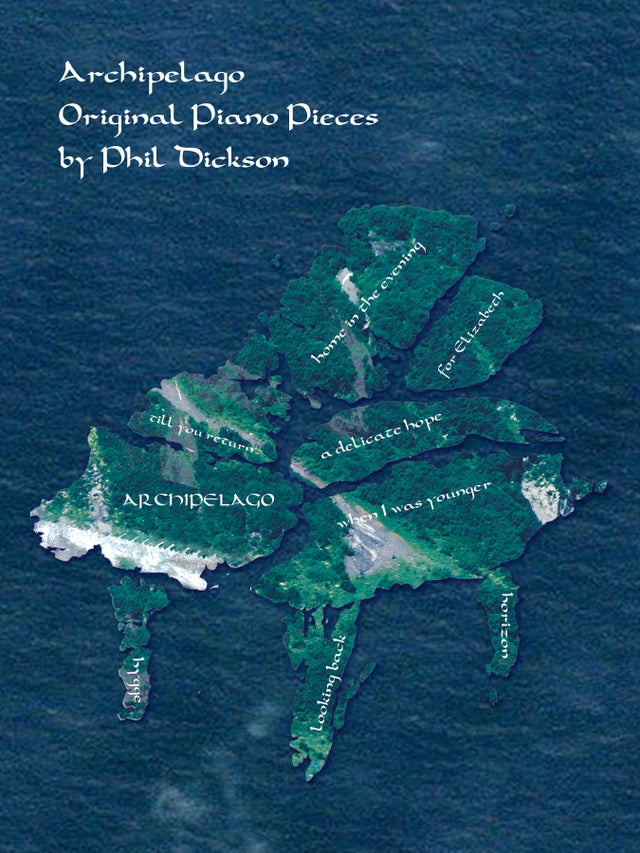 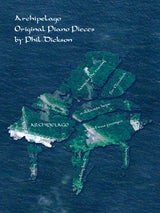 "Phil Dickson is a Scot, living in Yorkshire, who has been composing light classical style piano pieces for many years. His musical idols include John Field, Chopin, Mozart, Gershwin, The Beatles and Hoagy Carmichael.

This is Phil’s first album, called ‘Archipelago’. It was recorded, produced and mixed at John Parr’s (famed for ‘St Elmo’s Fire’ and numerous pop songs and movie soundtracks in the ‘80s and ‘90s) intimate studio ‘Somewhere in Yorkshire’. Each of the 9 tracks has its own distinctive character but there is a clear, unique signature across all of the compositions. In CD form, the album is ideal to have playing in the room, or the car, but equally merits being listened to with intent as each piece has it’s own narrative. The title track ‘Archipelago’ was inspired by the glorious islands off the coast of Argyle – which is definitely one of the most beautiful areas in the world. Each track has its own backstory, and Phil would be very happy to relate them to any musician or listener who would like to find out more. Phil can be reached directly on his YouTube Channel - Phil's Piano Pieces - YouTube - by posting a message in the comments sections.

At the time of the release of this album, the unprovoked war in Ukraine is raging and there are so many innocent people and children suffering due to the horrific atrocities inflicted upon them from the Kremlin in Russia – so for each sale made from this CD and/or music book, £3 will be donated to the Disaster Emergency Committee, so each unit sold will deliver £3 to help and support the Ukrainian families in need during this appalling crisis. This is from both the composer (Phil) and Pitch Perfect Music Services/DOTS.

(Phil happens to be 3rd generation Ukrainian from his father’s side of the family. Originally the family name was ‘Dishkin’.)

All of Phil’s compositions are very accessible, easy and very enjoyable to listen to, and they have been written to be played by pianists at the intermediary level."